Meet the Co. Armagh woman and her business delivering unforgettable memories and trips of a lifetime for the past 33 years.

Professional Travel, which will be a popular choice for many, first opened its doors in Dungannon in 1986, before adding a store in Armagh six years later.

Sitting down to speak to Armagh I, the woman behind it all, Shirley Smyth (main image), reflected on the past, present and hopes for the future.

“I had left school in May and was waiting to start nursing in the September. Just by sheer chance I saw a job in a travel agency doing clerical work, started there and just got the bug for travel

Shirley would go on to spend the next six years working for the same company, until a short trip changed that forever.

“I was moved to Dungannon,” explained Shirley. “And one night I was getting the bus home to Portadown and I saw a ‘To let’ sign in my now office.

“I remember thinking, you know what? I could do this myself and, within three months, I had it signed, sealed, delivered, everything in place and opened up.

“I was only 23. I just went for it. I never even told my parents that I was doing it. I got all my ducks in a row, went to the bank, got my loan and within a year I had it paid back.

“I never got a penny out of it for about three months, but just put my head down and worked through it.”

Talking about the formative years of the business, it really is amazing how much things have moved on.

Shirely said: “When I opened here, me and my future husband, we painted the walls, we laid the carpet, put up the counter top and we had a gas Superser for heating. I look back and think that was so basic but people came.

“I can never forget my very first booking, it was an Ulsterbus express ticket. It was very popular then, you got from Dungannon to Belfast to London on the Ulsterbus Express. I was so nervous.” 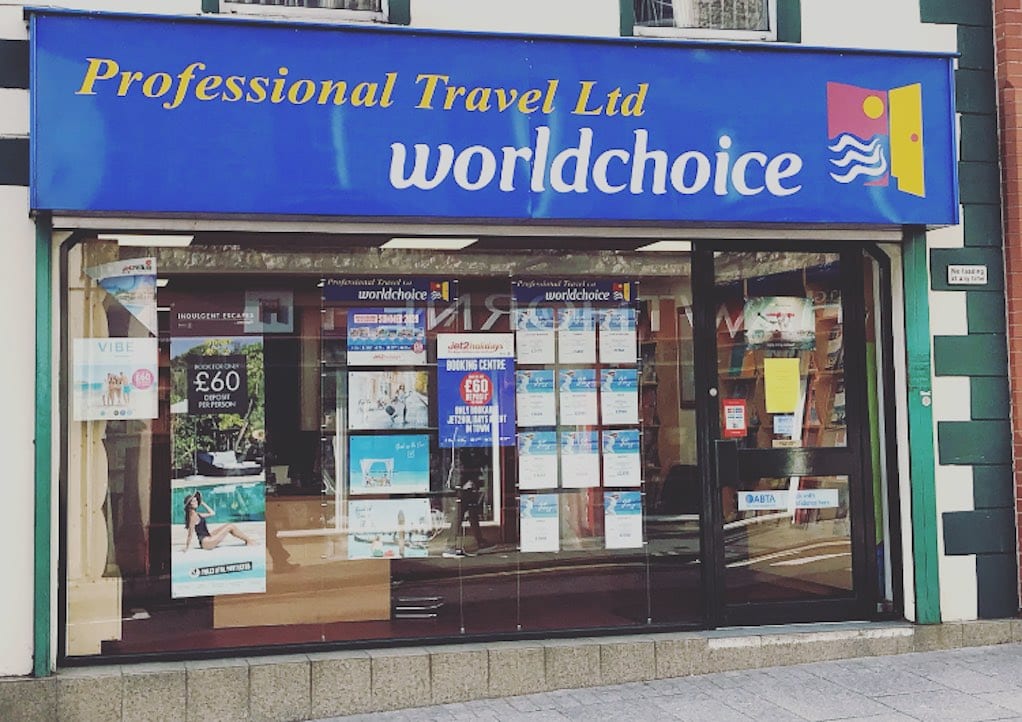 The Armagh store on Thomas Street

Shirley does, however, confess that it has not always been plain sailing – no pun intended!! – with many things getting in the way.

“It has been hard, don’t get me wrong. We went through the Troubles at that time – the shop front was blown in twice, we have had volcanic ash, bird flu, swine flu, foot and mouth and now we have the coronavirus.

“We have also had the recession, but you just pick yourself up and go on again.”

During that time Shirley also got married and started a family, something which she sometimes worried about.

“As a woman in business, it has been a struggle,” she admits. “I like many felt guilty because I had two children and I was working full time. Nowadays you get nine months maternity – I had three weeks and I was back in!

“I did feel bad but I would take us all away camping at the weekend and tried to make the time we spent together quality time, just making the most of it.

“Now I would ask my kids if they missed me growing up, they would say no because they had such brilliant memories and it made me realise you don’t have to be with them 24/7.”

Around six years after the opening of the Dungannon store, Professional Travel extended its roots into Armagh, which Shirley says was the best decision she ever made.

“We are second generation now, my daughter is in the business, and I am actually seeing fifth generations of families booking with me,” says Shirley proudly.

“We have just worked really hard, treated all our customers with the greatest respect. We are friends now and it is no more Mr and Mrs.

“We go the extra mile, we have had many the scare, I mean we do deal with issues. We are not a nine to five; people can contact us whenever.

“Not even those who have necessarily booked with us, but have booked with another agency but need help, we are there for them.”

Shirley prides herself on her team who have over 150 years’ combined experience in the travel industry with a wealth of expert knowledge and experience.

She said: “All the girls are just like me, we wear the same uniform. I don’t have an office somewhere. I sit with them, I do the cleaning of the office from the floors to the windows, I wouldn’t ask them to do something I wouldn’t do.

“We don’t have a high turnover of staff. Most of them have been with us 10 years plus. We are just like a family, well in fact we actually are as my sister Wendy has been with us for 33 years.” 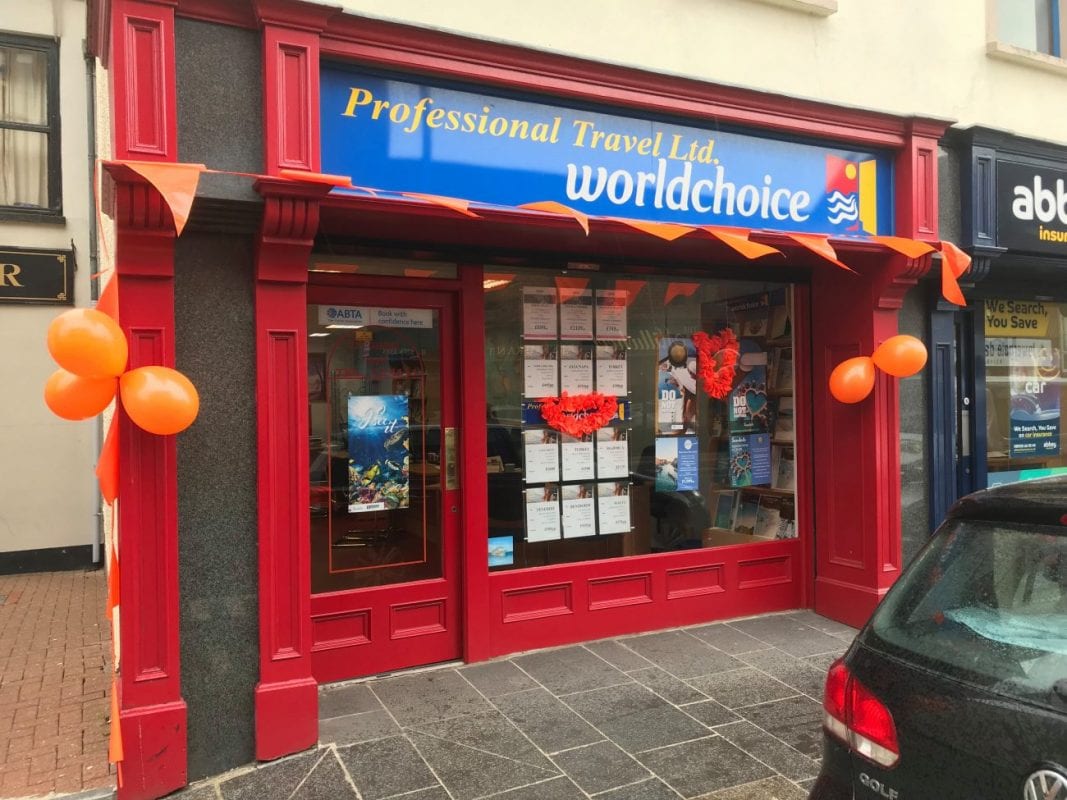 Even after all these years, Shirley still has the bug for travelling, just like the rest of us.

She said: “Nothing beats the buzz of going to an airport, just that pure excitement of going somewhere different, something new to experience. It’s just a total high and that never leaves you.

“I know many parents work hard and that one week in summer is the only time they get to spend quality time together. We’re here to make sure they have the best time possible.

“When I was growing up, we got to Portrush or Newcastle. I was never on a boat or an airplane until I started to travel. I got the bug for it, it was this glamorous lifestyle of all these people going to places I had never even heard of.”

Shirley can also pride herself on setting trends on where people from this part of the country decide to take a flight to.

She said: “I went to Rhodes, I fell in in love with it, and for about a year everyone was going to Rhodes. They all come in and say to me ‘Where’s hot this year Shirley?’. They know I wouldn’t send them somewhere I would not go myself.

“It really is amazing. They literally walk in your footsteps on those holidays and when they come back I love ringing them and hearing what an amazing time they had.”

Armagh I has partnered with Professional Travel to bring you exciting travel inspiration and some of the best deals on offer. Check out some of the travel pieces here.